It’s encouraging to see there are gestures in America toward a renewed humility in the so-called “prophetic” movement.

This idolotrous, nationalist strain of the charismatic world is essentially the same thing as what we see corrupting evangelicalism.

Both claim divine revelation in their effort to legitimize a “power-and-profit by whatever means necessary” mentality.

Both are false teachings with soul-poisoning consequences, because both are divorced from Jesus as the Supreme Revelation of God in the Gospels.

Both demand a very different kind of life than our Lord taught us to live, namely a life enslaved to fear instead of liberated, quiet confidence.

One of my profound regrets as a pastor and just as a Christian brother is not clearly and boldly doing constant ground work to address these destructive trends much earlier in the communities I am a part of.

I knew they were problems “out there”; I simply (and naively) didn’t imagine they would take root (or had already become embedded) among people I know and love.

I pray for grace and wisdom, true prophetic insight and evangelical zeal to follow the Spirit of the Lord and witness faithfully to the fullness of God in Christ, given for the world.

As those of us in the U.S. prepare for 4th of July festivities, I want to recognize the main things I am grateful for as an American: Unprecedented freedom of religion, broad cultural support–at least in principle–for transcendent human rights, and some of the most beautiful landscapes in the world.

At the same time I recognize my country has often fallen tragically–even horrifically–short of its ideals, and in fact was founded on and remains committed to certain concepts, assumptions, and practices that are fundamentally incompatible with my faith.

It is important for me to rember that no matter how influenced the United States has been or will be by Christianity, my country is not my savior, my hope, or my church, and could never be.

I am thankful to be a “resident alien” in the USA. And I pray for grace to be a good citizen and serve my fellow Americans so they will know the goodness of God in Christ.

But my allegiance–and the foundational focus of my energy and attention–can only ever be to Christ alone and his people in every nation.

Like many my age and younger, I went through a fairly severe period of deconstructing my faith, trying to make sense of what we read in the teachings of Jesus in light of my day-to-day experiences in places claiming to be expressions of his church.

Let me tell you my deconstruction was catalyzed by both intellectual and relational challenges, but neither slam-dunk arguments nor platitudes initiated a reconstruction.

Instead, it was faith working in love through a few of God’s people.

Instead of simply throwing their hands up in despair, they encouraged (not guilted) me not to give up (I wanted to), faithfully walking with me, even as I grumbled and protested.

Instead of arguing with my reasons for despair, they actively showed me a reason to hope by their example.

Instead of picking apart my faulty doctrine, they simply, patiently, gently witnessed to the character of God in Christ.

Instead of asking me to get it together, they invited and included me in the liturgical and social life of the church.

Room was given for doubt, for questions, for frustration, for grief, for healing, for exploration.

The main thing was that I always knew I was loved–and that love was from God–but it was made visible and tangible by his people.

One time, I was visiting a mainstream, large, influential American Evangelical church for a mid-week special service.

They had invited a denominational leader to come and speak.

He said in his talk–which I will not dignify by calling it a sermon–that he believed in capital punishment. With a gleam in his eye and a delighted smile, he said if it was up to him, he would “line them up and fry ‘em three-at-a-time!”

This was met with laughter, applause, and even cheers.

Then a worship song.

I knew then that the church and its leadership in America are so sick, and so twisted in on ourselves, that we have lost sight of the heart of Jesus.

The gods we worship are preference and privilege, comfort, cliques, and convenience, along with the evil spirits of nationalism and military might.

Much of the church as we see it is a shell of a thing, an empty form, having long rejected the lordship of Christ and actively quenched the Spirit.

where tears of compassion have been replaced with condescension and anger,

where tender-hearted pleading has been supplanted by top-down dictates,

where kind, patient conversation has been subverted by orders to speak only what is allowed by a select few,

where the word “justice” is met with suspicion,

where the the poor know they will be blamed for their plight,

where the segregation of language and culture are maintained,

where the appeal to fear is made so much more than the declaration of hope,

and ESPECIALLY where the radical, non-violent, forgiving way of the Cross is dismissed as “not practical” and “unrealistic,”

…the glory of God has left the Temple.

But I believe our God pours fresh water into dry riverbeds.

There is a Rock that quenches the thirst of those in the wilderness.

There is a holy habitation that will not be demolished, before which the gates of hell must dissolve.

Photo by Derek Thomson on Unsplash

the Declaration: no one else has to die– not one– to right the world, humanity is healed, true Light will always scatter the darkness,

the Proclamation: self-preservation is wholly unnecessary because the Holy One never saw corruption, entrusting instead of defending,

the Announcement: there is no King but Christ, making many nations one multi-lingual people of Redemption, answering to no State but Love, in Word, Spirit, Divinity,

the Hope: humanity destined for divination, Creation-cosmos, restored at last!

Angels sing with Sons of Adam and Daughters of Eve,

–as we weep from relief, falling into the eternal rest of mercy and grace–

Jesus Christ, our Lord and our God!

To know you and to be known by you is to find you All in All,

forever and without end. 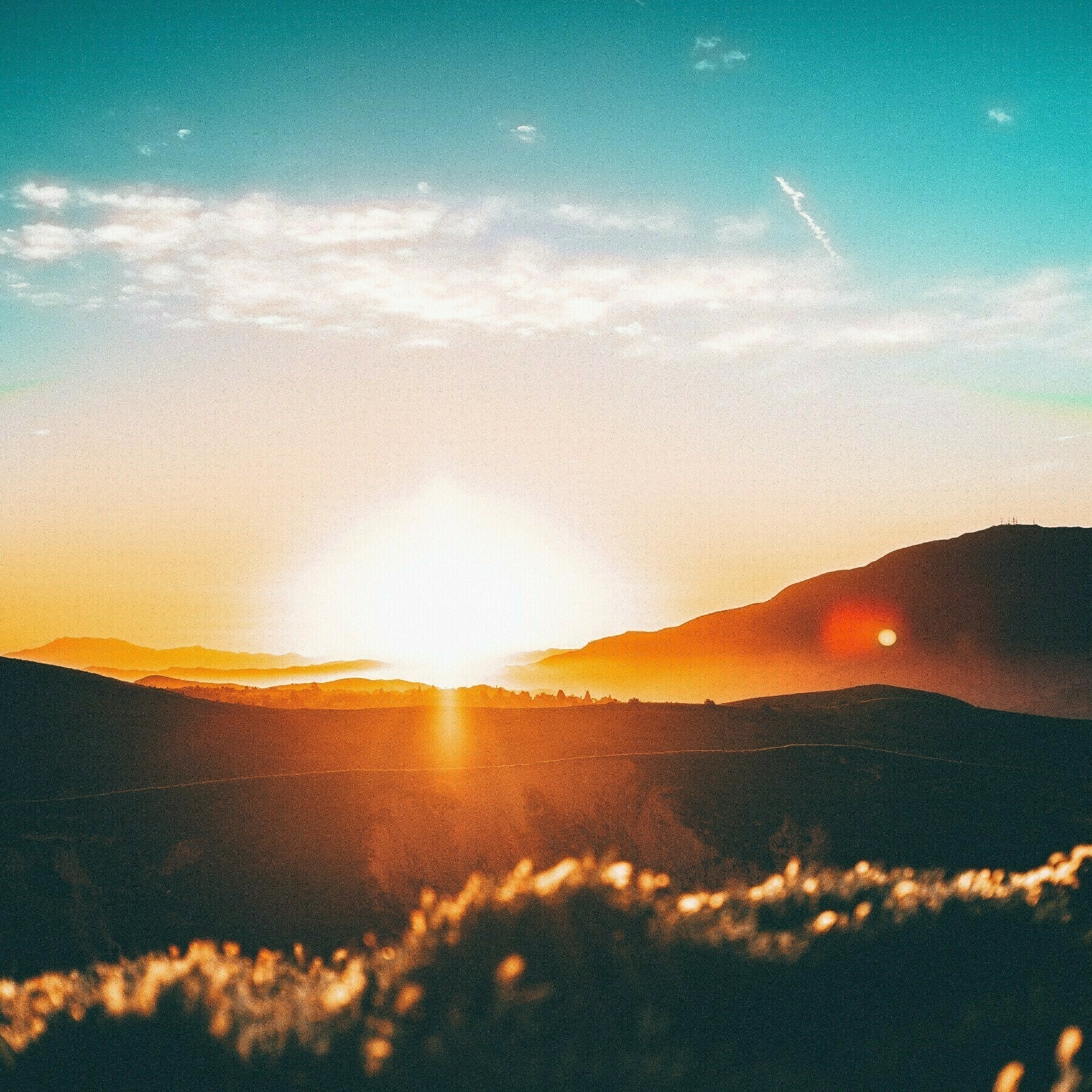 In my experience, it seems the default position of many Christians towards their siblings in Christ is one of distrust.

Often, there are good reasons for this.

Other times, it’s really about a lack of faith in the power and provision of God in Christ–by the Spirit–to see us through relational risk and disagreement.

Either way, God calls his people toward a kind of Spirit-powered love that results in well-founded mutual confidence over and against underlying, anxious suspicion.

It is not so much about simply trusting people more per se, but rather a deeper entrusting of ourselves and our Christian family to Christ, so that confidence is built on the demonstrated desire for one another to have–above all–greater communion with Christ, in the non-violent, non-coercive, truthful-yet-graceful way of Christ.

Photo by Brett Jordan on Unsplash 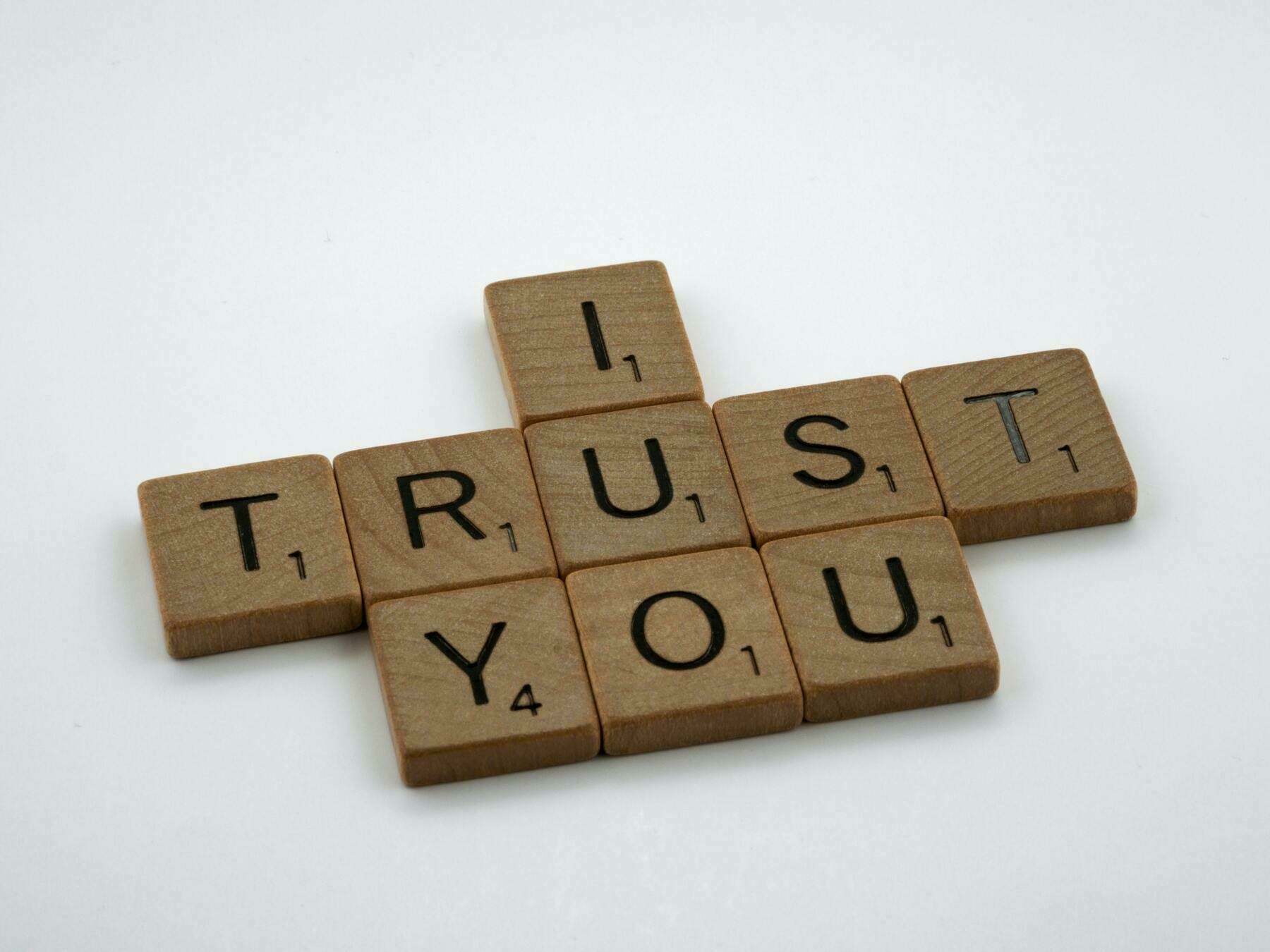 I reject the notion that the solution to any communal tension is to pretend it doesn’t exist by not talking about it.

As a pastor I have been explicitly discouraged on occasion from speaking about certain topics in the church because the topic itself–not simply the way or time in which in which it was approached–was considered inherently divisive.

Yet topics in themselves do not have the power to divide. Only our reactions and responses to them do.

And by not speaking about difficult topics openly and keeping each other accountable to loving, respectful dialog, we rob ourselves of the opportunity to actually resolve tensions in a healthy way.

We have already surrendered to the demonic spirit of division.

By fostering a culture of unhealthy silence, we sponsor a culture of suspicion that necessarily leads to fear, relational rejection, and pain.

Worst of all, we are behaving as if our mutual faith in Christ and love for Christ in one another is not truly enough to be the ground and glue of our relationships.

Either we can trust Christ and his Spirit with our whole selves and community (including disagreements and tensions) or we can’t.

I believe Christ is trustworthy.

I wholeheartedly believe the church is meant to credibly model and offer a different way of life than what the rest of the world experiences.

In particular, the distinguishing mark of the church is radical love for one another, for the sake of Christ.

As long as singles don’t find a sense of real, every-day family in the household of faith…

…we are missing our vocation of radical love for one another!