The religious and political leaders around Jesus were right that his kingdom threatened theirs, because he was at every turn exposing the evil and destructive practices of those that thought their life was best when they pursued their desires at the expense of others.

When they bring Jesus to their Roman ruler to do their dirty work, he tries to shield Jesus by giving them a choice to release Barabbas, whose name means “son of the father,” or Jesus, the man claiming to be the true Son of God.

After all they had seen him do, after all they had heard Jesus teach, in the end worldly leaders choose Barabbas—the violent, failed insurrectionist. To them, his way is the way that makes sense.

So Jesus, the one who healed, redeemed, liberated, and gave life, is condemned to death on the Cross. And because Jesus is committed to the Kingdom of life and peace and will not move forward with violence, he is met with violence, and that Cross becomes the Throne of heavenly grace, where he loves and forgives, offering grace upon grace even to those that crucified him.

That love was the power that swallowed death in death, and it was the Spirit of Love that raised Jesus from the dead, never to die again, vindicating his kingdom of life and peace as the only eternally victorious kingdom.

Jesus “…has freed us from our sins by his blood and made us a kingdom, priests to his God and Father…” (Rev. 1:6 ESV).

Our objections to the way of Jesus, our blindness to the futility of violence, our inability to realize a better kingdom than the kingdoms we were born in–it’s all been dealt with on the Cross.

The church has been made—by grace alone—the place where the Christ’s Kingdom of self-giving love is revealed first to the kingdoms of this world.

As priests in this world, we are witnesses together, just like Christ, to the Truth of who God is in Christ, and what his eternal Kingdom is really like. 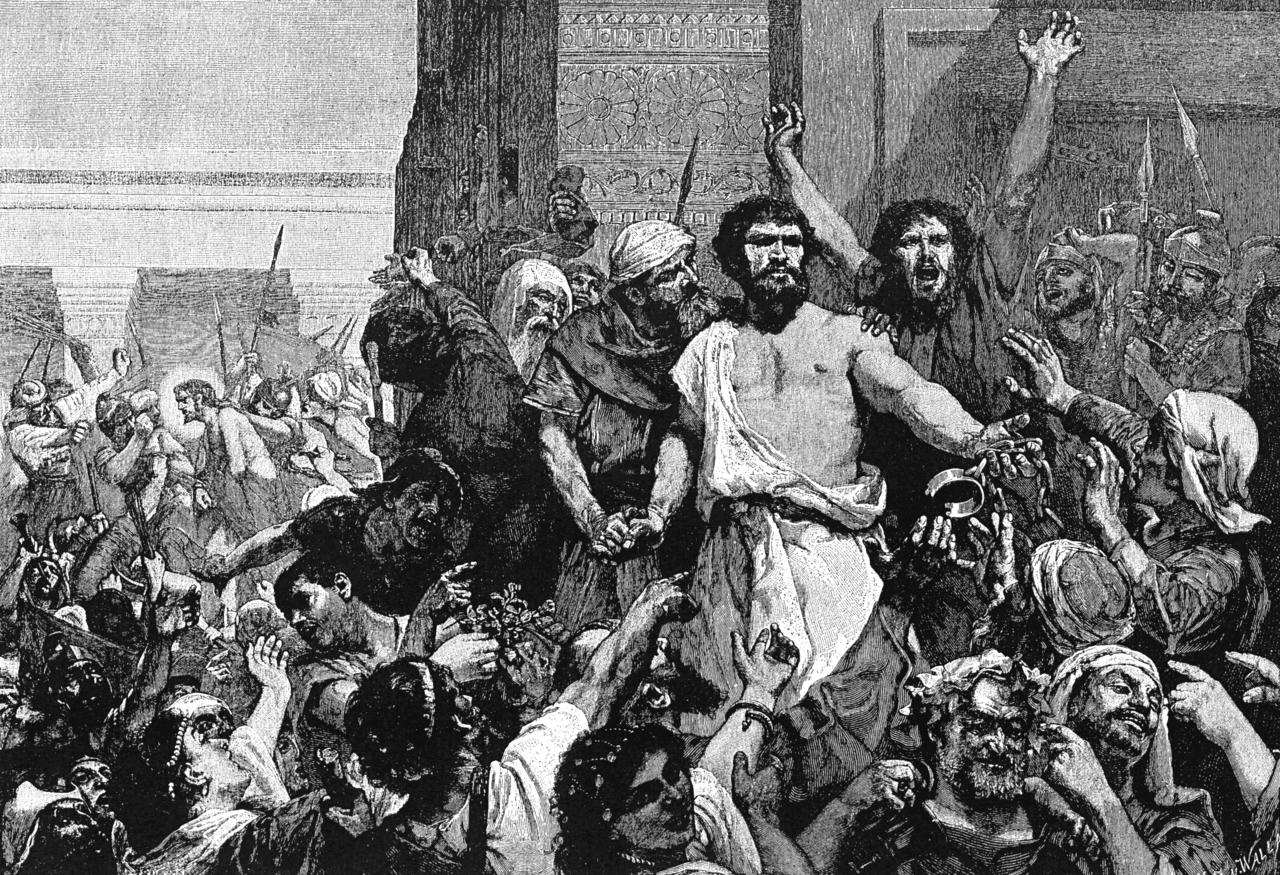