An aesthetically beautiful film that’s difficult viewing at the same time; Joker is unsettling, sad, and shocking. There’s no apologetic for violence here. Rather, the narrative suggests partial explanations. Destined to be a comic book film classic.

Rwanda’s Mara X, Z are the first smartphones made fully in Africa

This is awesome! Would love to see these available to purchase in the USA! Nothing is more perilous than to be weary of the Word of God. Thinking he knows enough, a person begins little by little to despise the Word until he has lost Christ and the gospel altogether. 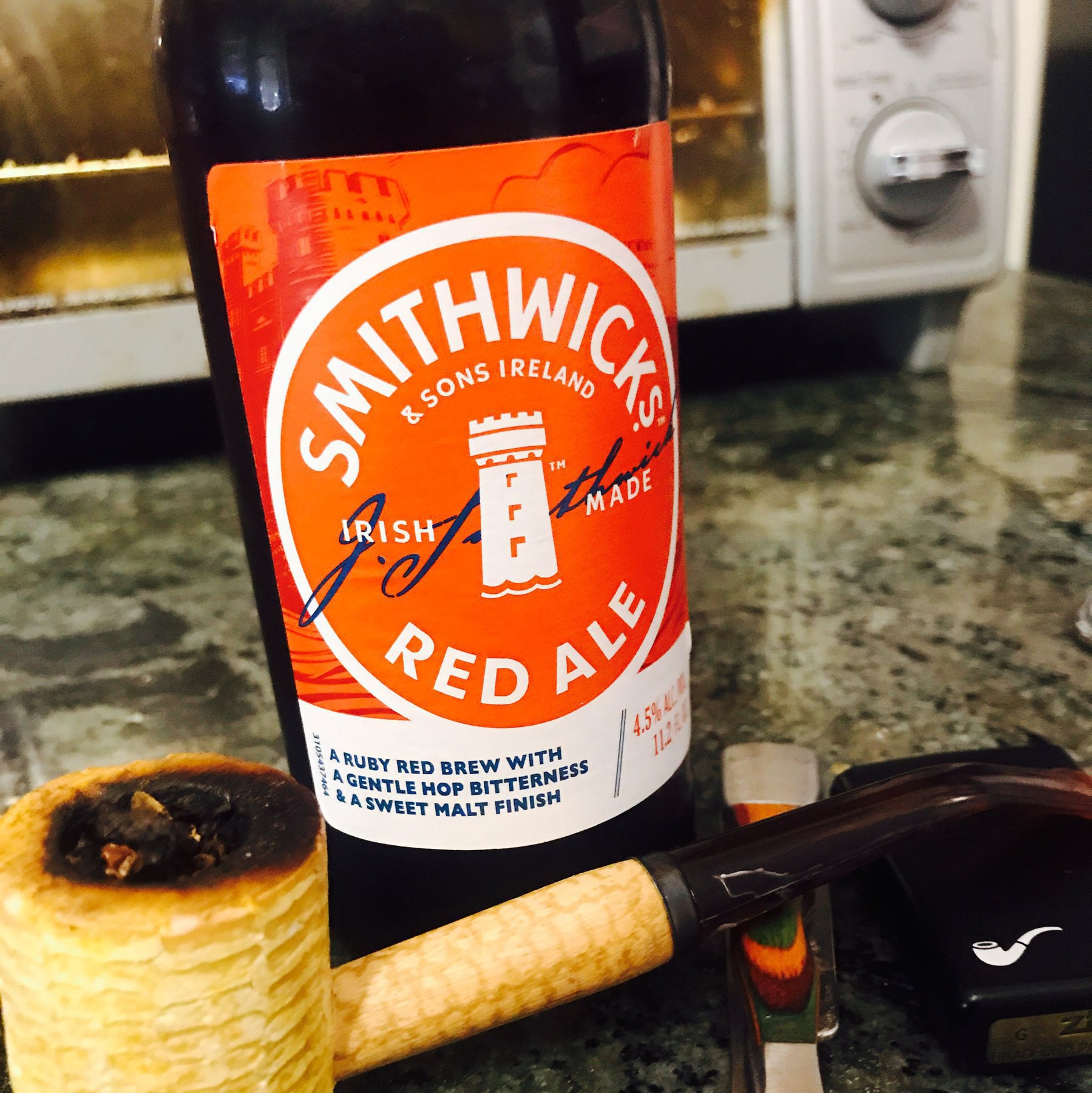 There are journeys for which we not only do not have a map, but we have no resources for drawing one, either. We must allow God to lead us on the right path.

Note: this was originally published for The Anglican Mission in America blog.

Shortly after I began speaking with my pastor about the possibility of pursuing ordination with The Anglican Mission, he passed a copy of Michael Ramsey’s classic The Christian Priest Today my way.

Of course, I had no idea that this little book was by a former Archbishop of Canterbury, or that it was originally a set of addresses to candidates for ordination in the ’70s. As I’ve continued to digest the simple, yet profound wisdom in Michael Ramsey’s The Christian Priest Today, it’s become apparent to me why it’s remained pertinent for over four decades. I suspect it will endure many more.

In today’s world of marketing-speak and leadership-culture-infused ministry books, The Christian Priest Today is a breath of fresh air. Ramsey delves deep into what it means to be a pastor, a shepherd of souls. Discussions about developing your “personal brand,” and “leadership strategy” are blessedly absent. Not that there’s anything inherently or necessarily wrong with understanding how to apply those ideas to ministry, but something feels right about the simple way Ramsey speaks of preaching Jesus, living a life of prayer and cultivating a humble heart.

Although The Christian Priest Today is approaching the half-century mark from its first publication, Ramsey’s simple and direct style reinforce the underlying timelessness of his observations regarding the pastoral roles of deacon and priest and bishop. It remains fresh because Ramsey wasn’t seeking to be “cutting edge” (though he didn’t avoid contemporary issues) about a practice and vocation that itself is fundamentally timeless.

A few nuggets of wisdom that were impressed on my heart and mind as I read:

“We are called, near to Jesus and with Jesus and in Jesus, to be with God with the people on our heart. That is what you will be promising [in your ordination vows]” (p. 14).

“Let those who are glad to be Catholics or Evangelicals or Liberals set themselves to learn all they can from one another, for the partisan can soon become a person who loves his own apprehension of the truth more than Christ who is the truth, and himself more than either” (p. 72).

“Be ready to accept humiliations. They can hurt terribly, but they help you to be humble…these can be so many changes to be a little nearer to our humble and crucified Lord. There is nothing to fear if you are in his hands.” (p. 80)

The Christian Priest Today by Michael Ramsey invites you to be refreshed by what God is doing in and through the ordained ministry, by calling you to re-focus on the heart of the Christian faith: the person of Jesus.

In a perfect world, I might be iOS all the way due to the overall polish and security focus.

Yet, the reality is that Android allows me to have certain hardware (like a simple, yet quite functional 10” tablet) that I wouldn’t otherwise be able to afford.

And the experience is often just as delightful to me, albeit in a different way. 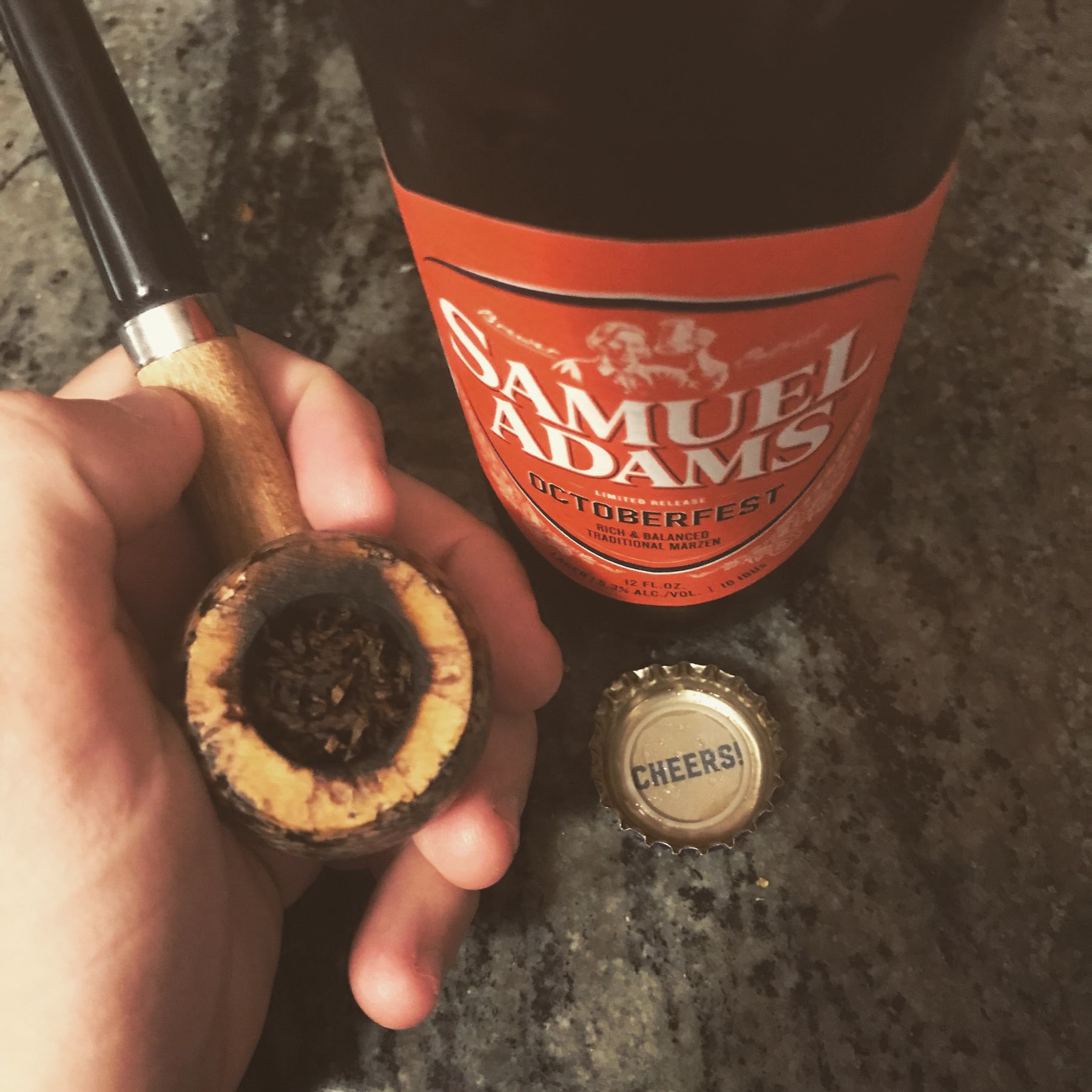 Today I was preaching at a local soup kitchen’s outdoor area, from John 11 (the story of Jesus raising Lazarus from the dead).

Toward the end, I dramatically recounted Jesus commanding Lazarus to come out of the tomb. “LAZARUS, COME OUT!” I practically yelled, at which point someone listening interjected, “Are you even allowed to preach like that?

Idk if it was because of my admittedly high volume level, or what, but I ignored the comment and finished my sermon.

I know I got animated and kinda loud today, but man, I was excited to proclaim the power of Jesus over death. I felt on fire because Jesus is the only shred of hope I have that means anything, and he means so much.

He is the love of God, the way of life, the truth that sets us free, the ground of the only hope that’s truly certain.

I pray I’m allowed to preach like that, because sometimes it’s the only way I can.

“Holiness is to be recognized not by religious achievements or by a spirituality that is superior to the normal human condition, but by the development of a genuine human-ness, by a freedom that is unafraid to be, in Christ, the person God made us”

R. C. Lucas, The Message of Colossians and Philemon

Finding a good email client is way harder than it should be on Windows. Windows Mail is fast, but buggy and weird. Outlook is overkill and doesn’t support Google Calendar. Mailbird was a resource hog (although there were some things to like there). Mailspring was super nice in some regards but not very flexible and tended toward bugs as well.

I don’t want to speak too soon, but I may have found a solution. I’ll keep you posted.

All 243 Riddles solved (with a lot of help from YouTube). Took this pic right before the final boss fight with Riddler and his robot henchmen. 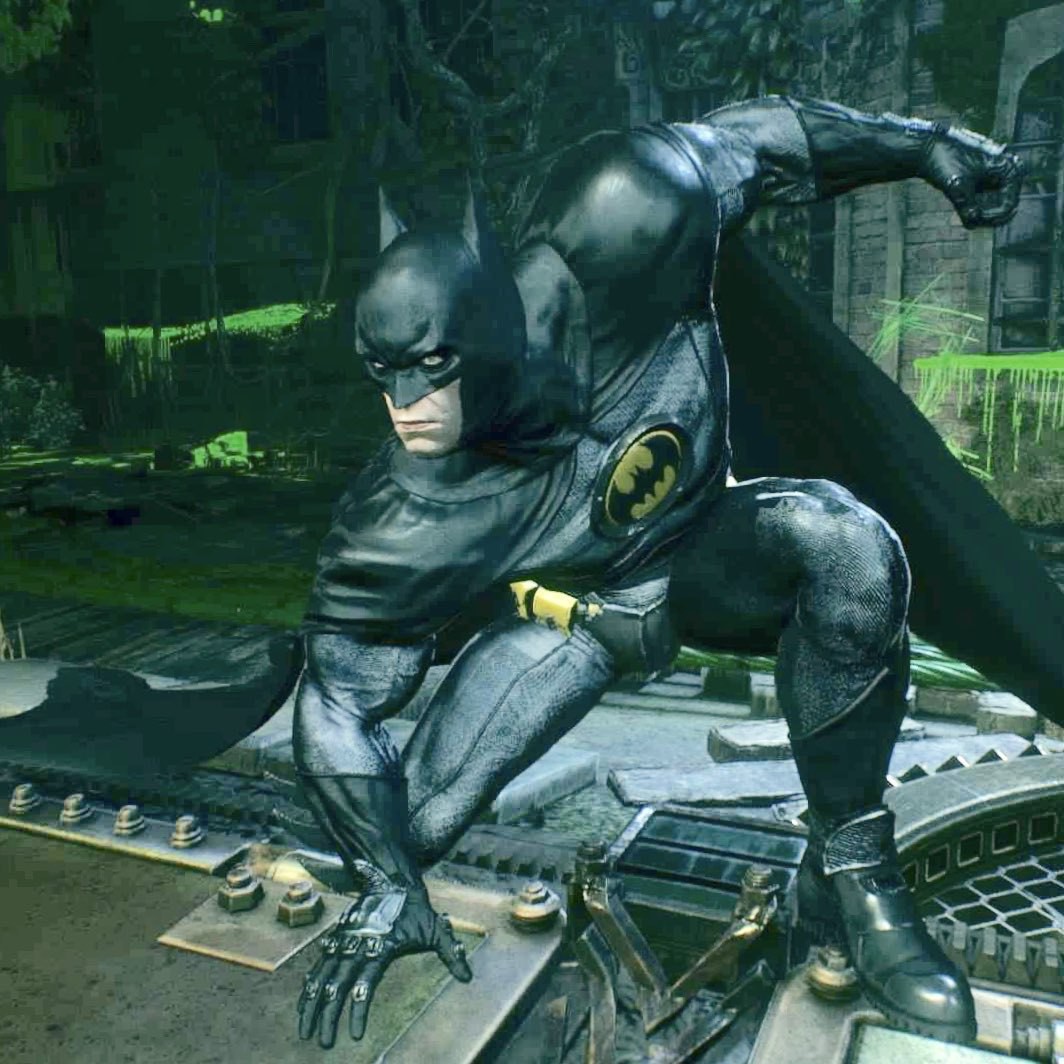 The Batfleck films were terrible, but the suit was great and is fun to have in Arkham Knight. 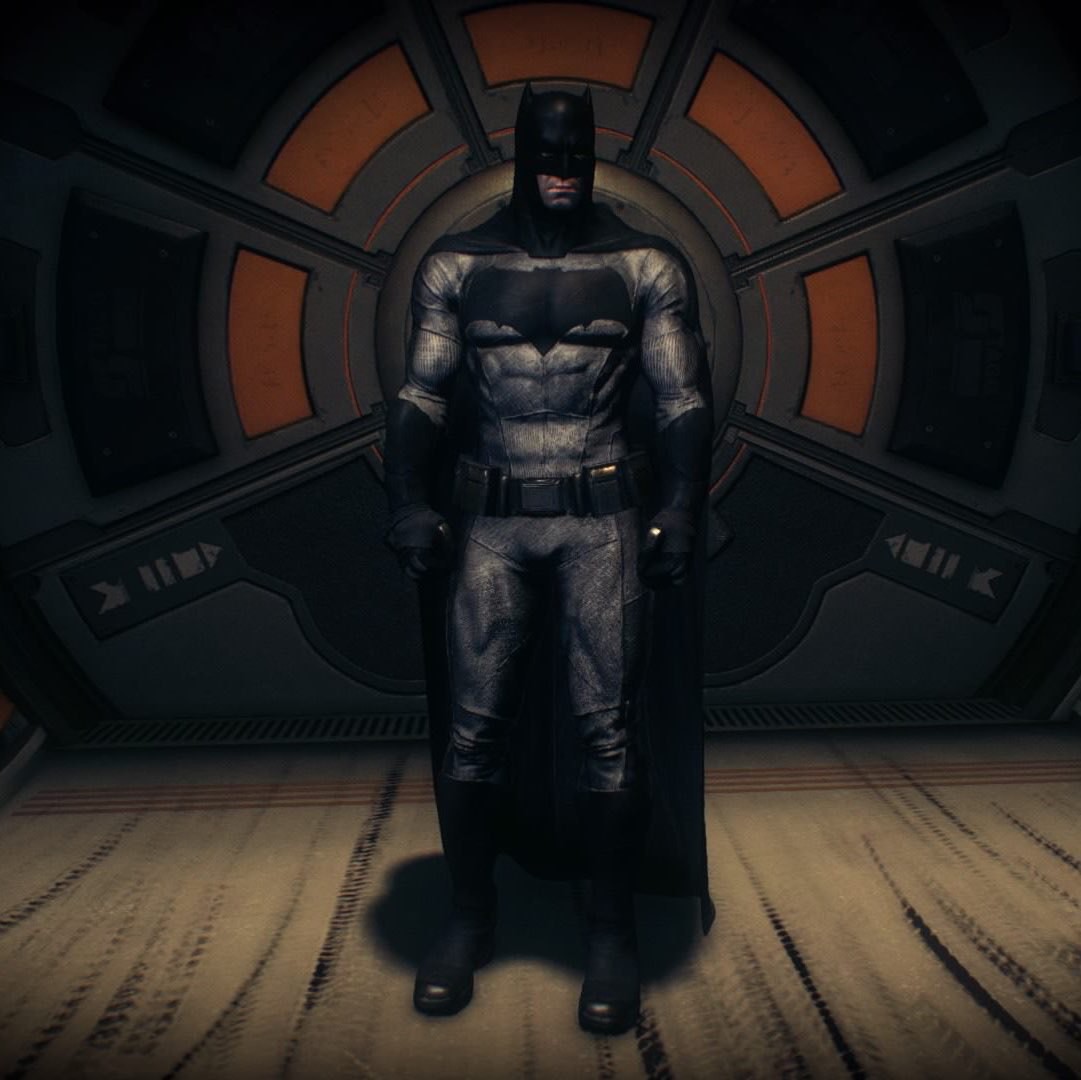 How do you hate the sin in your life without hating yourself?

This can be so difficult.

I think the key is to realize that you are not your sin(s). Your sin is worth hating because it keeps you from being who you are meant to be, namely a person in union with God.

I think it can be a mistake to attempt to muster up more hate for your own sin, because we tend to confuse a holy hatred toward sin and self-loathing.

Rather, I think we we should more often concentrate on cultivating a greater love for God. This is what will put your sin the right perspective and your heart in the right place.

“And you, who were dead in your trespasses and the uncircumcision of your flesh, God made alive together with him, having forgiven us all our trespasses, by canceling the record of debt that stood against us with its legal demands. This he set aside, nailing it to the cross.” (Colossians 2:13–14, ESV)

What is Anglicanism? by Charles Erlandson.

Probably one of the better definitions of Anglicanism I have read, and certainly one of only a few that has seriously attempted to describe our movement and spirituality without undue emphasis on one facet only.

The practically, morally, and financially responsible thing to do is to use your current phone for as long as possible.

A tough pill to swallow for those of us that love tech and shiney new gadgets. But I think this is basically true.

No student of history can deny that people claiming to be Bible-believing Christians participated significantly in the establishment, propagation, and defense of one of the most heinous evils in human history, race-based chattel slavery, and they used the Bible to do so. This is a stain upon our history that we must own as a community. We must not only acknowledge that this was the case, we must actively repent! By repent I don’t mean that as individuals we should be apologizing for something our ancestors did, but rather, we should be actively and consciously moving the opposite direction of whatever led them to commit such terrible crimes against the law of Christ.

This way of repentance has both negative and positive dimensions.

On the negative side, it is appropriate to lament this great evil whenever we think of it. As long as it lives in memory we should seek to understand the reasons why Christianity at large tolerated such a void of morality and decency for hundreds years. We should explicitly denounce (which means to condemn) any way of thinking that leads to such things. At the same time, we must realize that these ways of thinking are transmitted culturally, and have yet to be completely eradicated, so we must also explicitly renounce (which means to formally give up) any such aspects of our culture that have crept into the life of the church universally or locally.

On the positive side, we must actively replace the ways of thinking that we are denouncing and renouncing with a way that leads to the truth about what the Bible says regarding the heart of God for all people. This was modeled for us by the great Christian abolitionists such as William Wilberforce, who believed (rightly!) that a careful reading of the Old and New Testaments reveals the heart of God for all people is freedom and flourishing that begins in the present.

If we read the Scriptures with an eye of discovering the heart of God revealed in Christ, we discover the ministry of the people of God is a ministry of reconciliation between people and God in the here and now!

Out of that comes a spiritual liberation that works its way out into the restoring of people to one to another in the here and now!

And out of that comes freedom that undermines every form of oppression in the here and now!

Anglican Pastor graciously published my write up about the website I created for praying the Daily Office online.

Updated my beginner’s guide to pipe smoking with a note on filters. WAS NOT JESUS AN EXTREMIST FOR LOVE? M L K

Popped a fresh tin of Rattray’s Red Rapperee this morning. Like welcoming an old friend. 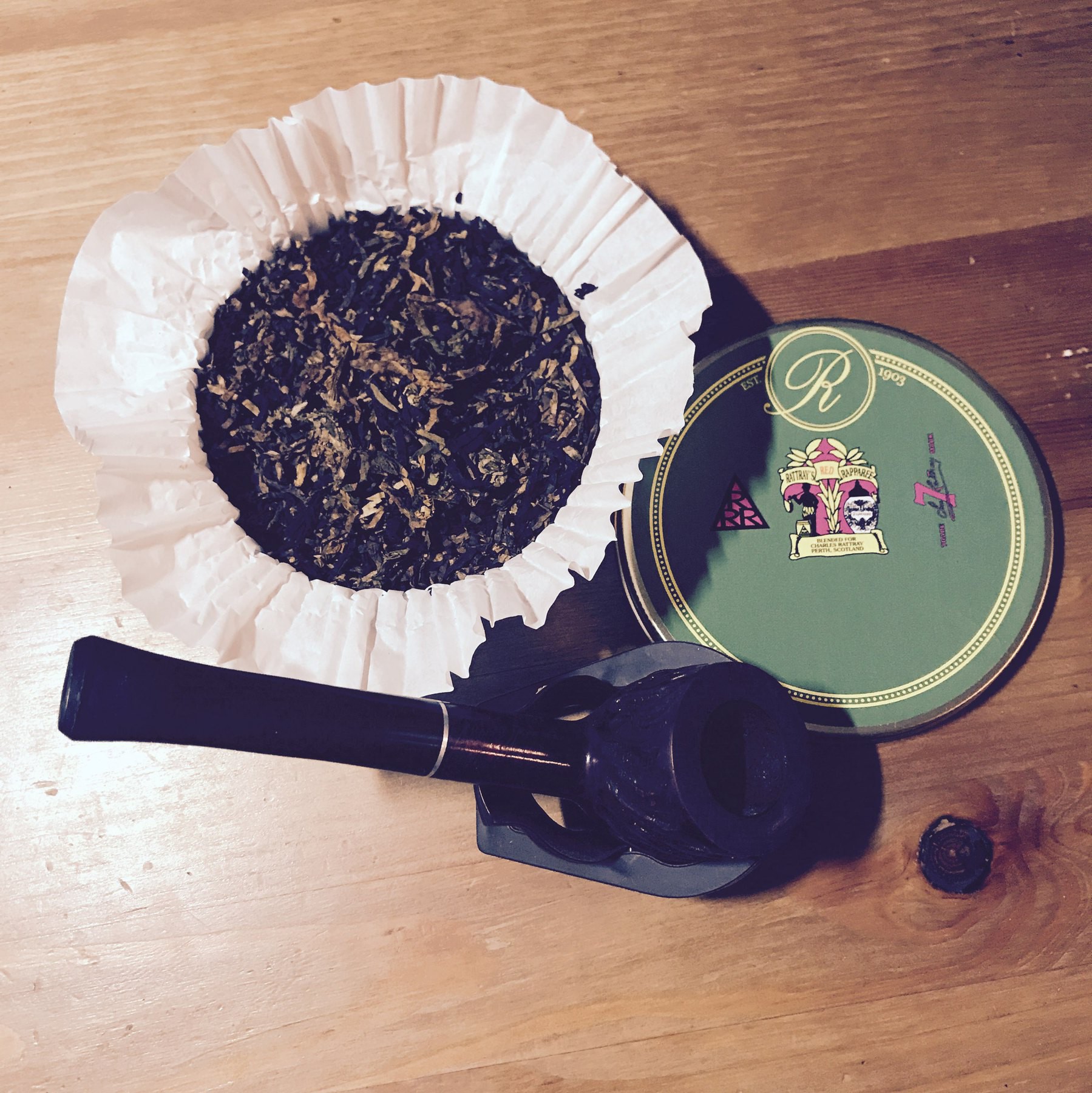 “But when you give a feast, invite the poor, the crippled, the lame, the blind, and you will be blessed, because they cannot repay you. For you will be repaid at the resurrection of the just.”” (Luke 14:13–14, ESV)

In other words, include the excluded! Love the last, the least, the lost, the left out by treating them like family.

Although this might seem like quite a radical suggestion, it’s really only radical if we don’t count ourselves among the poor, the crippled, the lame, and the blind. But if we believe what God’s Word says, that we are all broken people in need of healing and wholeness, well—that changes things, doesn’t it?

Although this might seem like a quite a radical suggestion, it’s really only radical if we consider ourselves the ultimate host. There’s a reason why the bread at the altar is sometimes referred to as the Host. Christ is the host, and we are his guests. And if these are the kind of guests that Jesus is interested it, what does mean for us?

I think it means we are indeed poor, crippled, lame, and blind. If not physically, certainly spiritually. Yet we are loved.

Jesus ignores what people in power think. He touches us with his healing presence.

He gives us a place with him at the table.